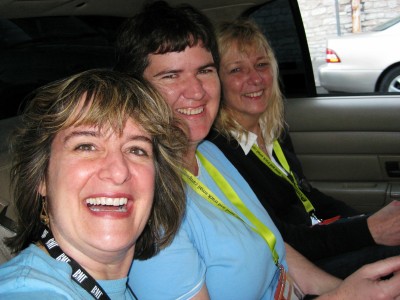 It used to be that female drivers in the UK used to benefit from quite attractive car insurance rates, but nowadays there’s no guarantee – what can be done?

Women deserve to get the best car insurance they can afford just as much as men do – it’s only fair, after all – but as of late it’s become increasingly rare to find cheap car insurance for women. Is there a reason behind this, and if so is there anything that can be done to remedy the situation and bring cheap car insurance back into reach for those who need it the most?

the times, they are a-changing

It used to be easy as pie to secure affordable cover in the past if you were a female driver. Car insurance companies used to take gender differences into account when it came to their risk assessment strategies, which resulted in strong statistical evidence that women were typically just safer drivers than men, leading to cheap rates for female motorists.

However, this all changed with a single decision from the European Courts of Justice where it was found to be a violation of EU anti-discrimination laws to base pricing so heavily on gender differences alone. This means that the practice was made officially illegal effective December of this year, but many insurers have begun to adjust their rates for female drivers well ahead of this December deadline, with the results being that costs for female drivers have gone up astronomically.

Gender might not matter, but getting a good deal on insurance does

While it’s true that female drivers are out of luck when it comes to reaping the benefits of their statistical likelihood to be safer drivers thanks to the ECJ ruling, there are still ways to access cheaper car insurance. However, you won’t be able to go through the usual channels in order to find it; specialist insurers that focused on providing cheap quotes to women are now more-or-less defunct, but thanks to new technology there is an almost foolproof way to get discount car insurance: telematics-based cover.

Telematics, or ‘black box’ technology, has been breaking ground and making waves over the past few years, as it relies not on analysis of how other people statistically similar to you have driven but by collecting real-time information about your own personal driving habits. How it works is that your insurer provides you a little device similar to a satnav to fit under your bonnet that keeps track of a number of variables, such as your speed, how quickly you accelerate and how aggressively  you brake, and whether you take corners safely or recklessly – and then transmits the data back to your insurer for interpretation.

For drivers who can demonstrate over a significant period of time that they can be responsible behind the wheel, telematics-based insurers will reward these motorists with heavily discounted insurance premiums in order to reflect their low-risk status. Of course, the opposite is also true: if you’re a reckless or aggressive driver with a telematics-based policy, you’re going to be in for a nasty shock when your insurer raises your premium pricing because you’re a danger to yourself and others behind the wheel.