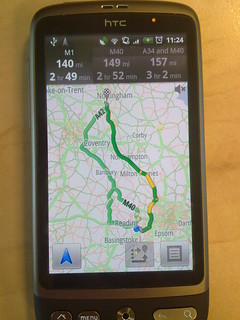 It’s a true challenge to get cheap car insurance in the current economy, especially for younger drivers, but there are a few things you can do to lessen your financial burden.

It’s no secret that car insurance companies are in business to make money, not out of the goodness of their hearts, and that’s why they charge such high car insurance rates to their customers. Insurers operate on rather complex risk assessment routines in order to determine just how much they charge a particular driver, which means that the young and the inexperienced – or those living in areas that have a high incidence rate for car accidents – oftentimes feel the heat when it comes to find a cheap car insurance quote.

Sometimes it can seem easier to simply give up on insuring your car because cheaper car insurance is so out of reach. However, before you just sell your car and start taking public transport – or worse, start driving illegally without valid motor car insurance – step back, take a few deep breaths, and don’t get discouraged – there are things that you can do to make yourself appear less risky to insurers that don’t involve stretching the truth on  your insurance documents and risking driving with invalidated cover.

Things you absolutely shouldn’t do under any circumstances include ‘fronting,’ which is insuring a car under someone else as the primary driver – usually a parent with a good driving record – as a way to cheaper cover. This is quite illegal and can get you into shedloads of trouble if you’re caught; it’s simply not worth the short term savings if you end up with a bad reputation, as there’s no insurer in the entirety of the UK that’s going to cut you a break after you’ve got a history of insurance fraud!

One of the best ways to save cash is to shop around for the best deals through the use of a car insurance comparison site. Using a comparison site means you don’t have to go to each insurer in turn and give over your personal details; instead you put your details in once and get a whole raft of quotes all at once that you can compare at your leisure, which saves time and effort.

If you’re not having any luck with comparison sites, don’t fret: there are other options open to you. In fact, thanks to recent technological advances, you may be able to find an insurer that offers telematics-based cover, which involves fitting your car with a little device similar to a satnav that keeps track of your motoring behaviour and rewards you with cheaper insurance costs if you can demonstrate you’re a safe, low-risk driver.

The only downside to a telematics-based insurance policy is that sometimes there are extra up-front costs to cover the device itself. This tendency is likely to be phased out in time, as many insurers are currently researching ways to adapt telematics technology for use in smartphones; in fact, one major insurer has just recently come out with a free smartphone app that will work the same way as a more expensive stand-alone telematics device, making it much more affordable for cash-strapped drivers.